The original cellular technology, dating back to the 1980’s, was based on an analog signal. Basically, it was a radio signal, but unlike your local FM station, cellular radio signals traveled only a short distance. This enabled the carriers to let lots of people all use the same frequency across a particular geographic area. During the 1990s, new wireless licenses were auctioned off, and the newly licensed carriers built out their systems using digital technology. (The term PCS, or personal communication system, became popular, but it referred to a digital system.) These new digital systems had numerous advantages over traditional cellular analog, including:

The last item is particularly important. Since digital capacity is much more efficient than analog, the carrier can offer a lot more service for the same amount of capital investment. This cost advantage allowed the entry of new digital players into the game, with prices below those being offered by the older analog carriers. To level the playing field, the older carriers began to develop their own systems, overlaying a digital system on top of their existing analog setup. This added even more capacity to each market; the resulting glut is one reason why airtime prices fell rapidly and are continuing to drop. 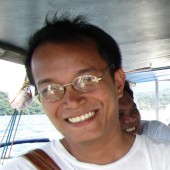